Each Servant Companion wears this identifying insignia as a sign of her commitment.

Experience a life of prayer and service within our community.


Our Invitation to You:
Are you seeking to serve Christ in a deeper way? Women are invited to join with us as Servant Companions. 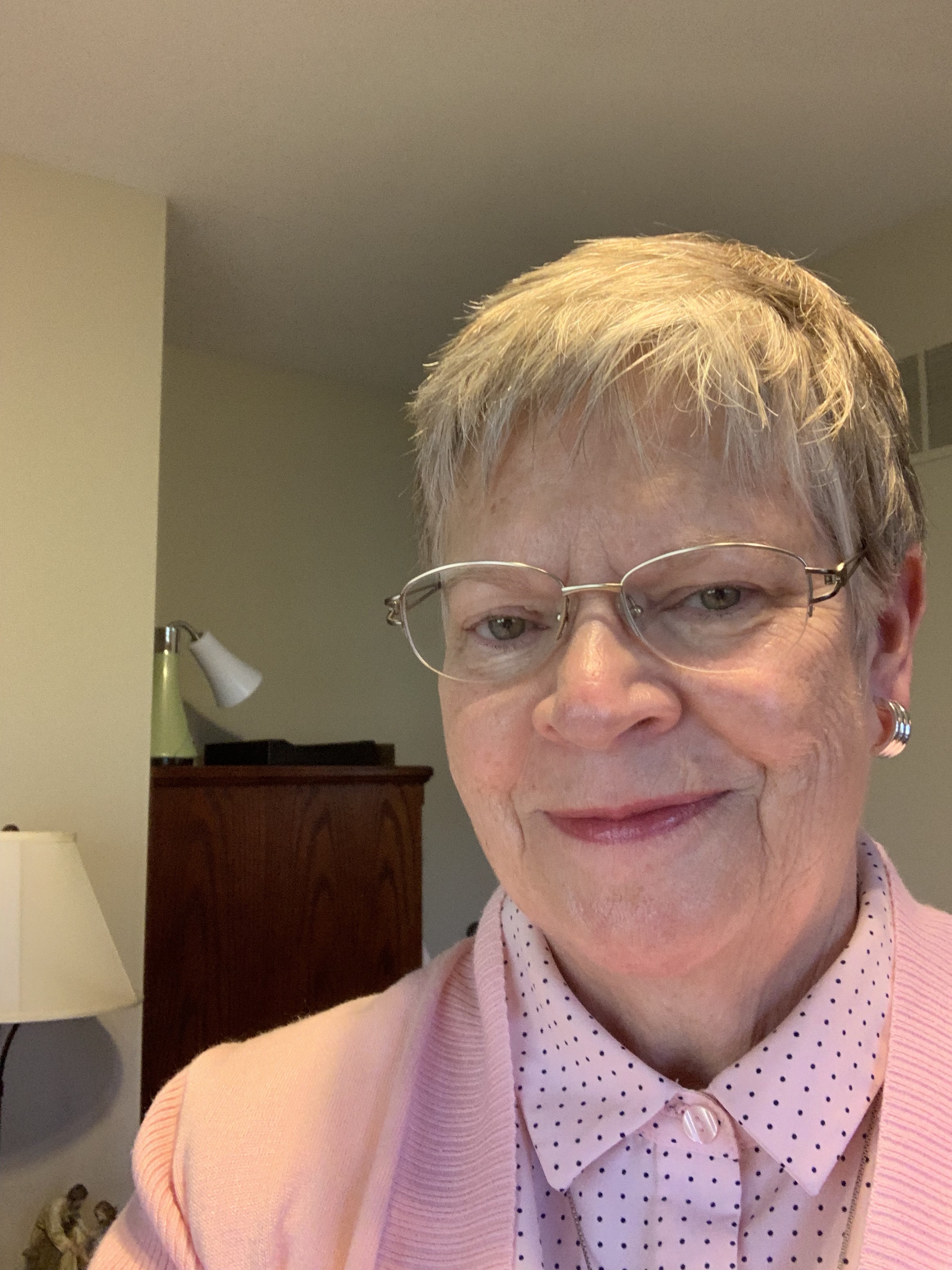 Rama was born in Kansas City, Missouri. Her brother was eight years old at the time of her birth and a sister joined the family when Rama was six.

Rama attended Catholic school and was taught by the Sisters of Mercy.  She enjoyed school and did well, both scholastically and socially.  In high school, she served on Student Council, was a cheerleader, and belonged to the drama, glee, and pep clubs.

Rama describes her father as “a great man.”  He believed in God but was not a church-goer.  He did, however, help with things around the school and rectory. The rest of the family were all active in the parish until some incident caused her mother to pull Rama’s little sister from the Catholic school and enroll her in the neighborhood school.  Although her mother and siblings began attending a Baptist church, Rama never left the Catholic Church.

Rama came of age in the not-so-holy 1960s and 70’s and was living a life she knew God would not have smiled on.  The first decade of her adulthood was turbulent.  She married and divorced, drank too much, and was not doing much church-going.   She was able to do an excellent job at work, though, and had a successful thirty-year career.  Like most, if not all, of us, Rama regrets some of the life choices that she made, but she knows she is forgiven for the foolishness of her youth.

Rama continues her story saying, “I said goodbye to the 1970s. Year by year, step by step, through God’s grace, I became surrounded by many excellent, good examples: co-workers, family, priests, religious sisters, teachers. A slow, gentle, loving transformation was happening. I fell in love with each Person of the Trinity, the Mass, Eucharist, Grace, the Church, works of love. I became more authentic, a better mom, worker, leader, minister, child of God. This transformation took place over a few decades and is still at work. I started a ministry for the poor and homeless and participated in many church ministries.”

Rama was blessed to have her mother live with her for her last six years of life. Her disability forced Rama to slow her pace. This time of being with her mother was part of the transformation. She showered Rama with love and the slowing down allowed Rama more time for silence, pondering, and talking with God.

After her mom passed and her children were on their own, Rama retired from the business world, moved to Illinois, and began working at St. Petr Church in Geneva. Rama was on staff as the Parish Publicist and Sister Karen Bricher was there as a Pastoral Associate.   During lunch table conversations, they got to know one another. Karen was in formation to become a Servant of the Holy Heart of Mary and asked Rama if she would like to meet the Sisters and join them for dinner and a play. Rama’s “yes” was her first step on her own journey into belonging.

So many wonderful things happen in our lives, and in hindsight we can see God’s hand in the happy coincidences.  A friend and fellow parishioner mentioned that she was seeing Sr. Myra Lambert for spiritual direction. Rama, who had long been seeking ways to deepen her relationship with God, decided to reach out to Sr. Myra and ask to be taken on as a directee.

One day a year into their relationship, Sr. Myra told Rama that the Congregation had created a new program for women. They would live with Sisters and share their life, but rather than becoming vowed members, they would make yearly promises.  “Isn’t God fun and funny and generous?”  laughs Rama.  She had been longing for such an opportunity.  She had shared that dream with Karen one day over lunch and now the dream was coming true.

Next came a period of weekly dinners so that the Sisters and Rama could get to know one another, meetings with the Formation Director to learn more about the history and life of the Congregation, and completion of an in-depth application. Then, finally, in a ceremony that included her children, friends, and pastor, Rama promised to live the values of charity, chastity, and poverty as a Servant Companion.

Currently Rama cares for a person with many health and cognitive issues, and ministers to people in her parish family as needed.

Rama, who has been a Servant Companion for ten years now, writes:

“I continue to grow in love, faith, and hope. I live with smart Sisters, who are full of love, joy, spirit, and fun. I continue my ministering to the poor and poor in spirit. My spiritual journey continues to deepen. I am blessed to be a part of the Servants of the Holy Heart of Mary.”